You won’t believe your eyes!

Chimney Sweeps come across any manner of strange objects in chimneys their working lives, some of it you just won’t believe until you see it.

We’ve compiled a list of some of the strange things chimney sweeps have found in chimneys from Exeter to Edinburgh and London to Loch Ness and beyond it’s all here and simply unbelievable!

Not sure this is an approved fuel! Here is a rather charred spirit level found in a chimney in Exeter by Jonathan its a bit of a mystery how it got there. Customer was certain something was wrong and we had to level with them!

Surely all it needs is a new bubble? Certainly one very strange object found in a chimney 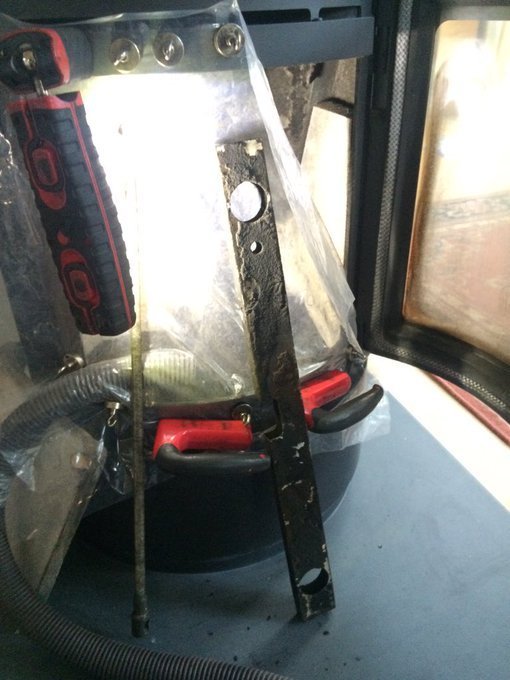 Lets hope she got what she was hoping for when the big fellow shimmied down the chimney. This was found by Josh Firkins of H Firkins and Sons, London Chimney Sweeps established in 1860! 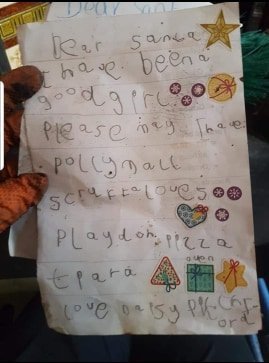 Actually a safety message here, if you just chuck rubbish on the fire sometimes it gets carried up the chimney by the hot gases and lodges up there. David Sudworth AKA Mr Soot of Wigan and Stockport thinks this wrapper is from the 1960’s as it cost six old pence or ‘d’ 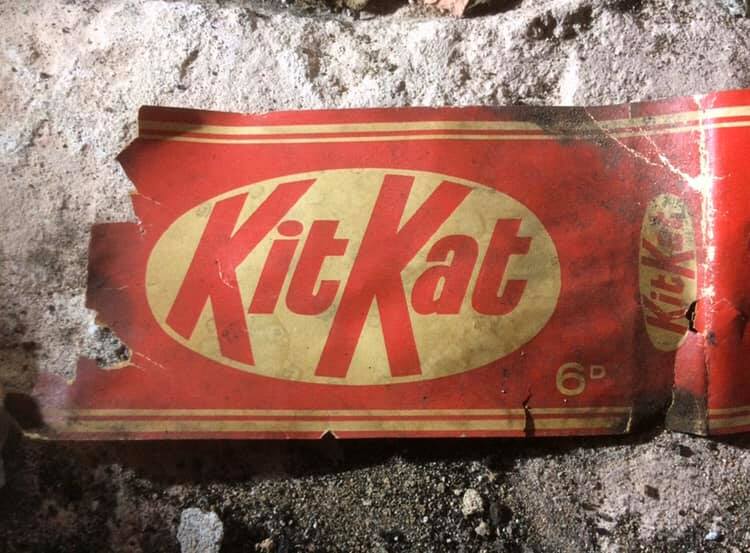 In this case a few items stashed in one chimney a pipe, and newspaper from 1972 and a form guide, all the things a Chimney Sweep needs for a splendid afternoon! This was discovered  by Brett McDermott of McDermott Coal and Sweeps Limited in Cumbria

More common than you might think bees love a chimney, warm and dry with good ventilation. Chris Geeves of J Bird Chimney Sweep serving in, his words, Glosvegas, found this one. The honeycombs are quite beautiful to look at but a warning to anyone looking to remove a bees nest it is a very sticky and messy job. 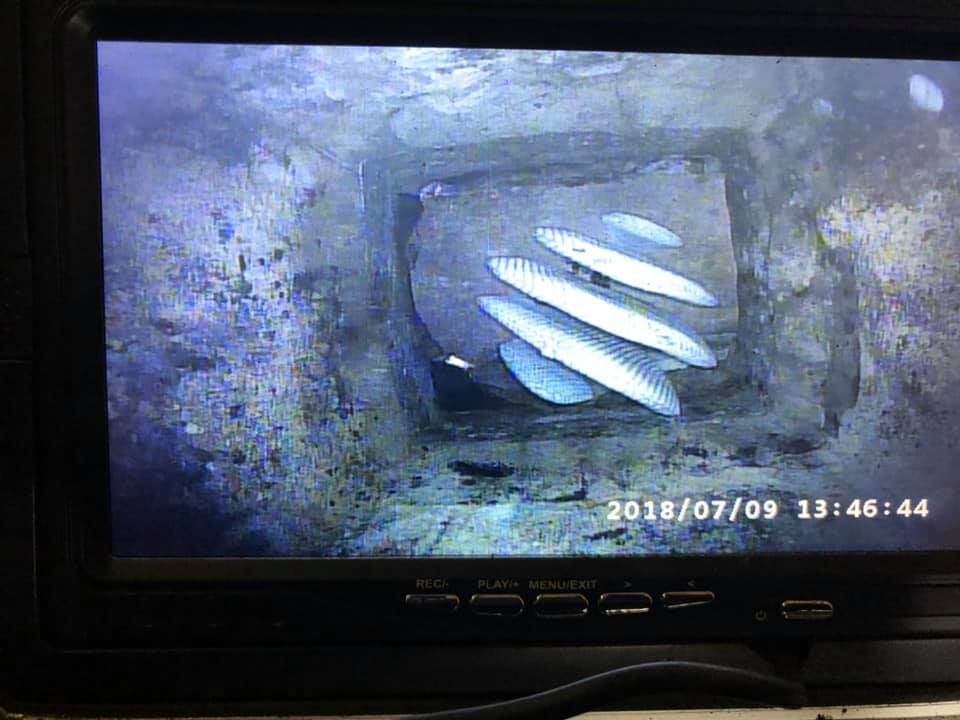 Well we are not sure, but this page of note was torn into strips and thrown on the fire in strips, it certainly confused Jamie Farr of Step in Time Chimney Sweeping Services from Market Weighton in Yorkshire.

Talking of stripping, something thong here

Don’t think too hard about it, you are probably right, anyway here’s a very unburnt G-string found up a chimney by Chris Mooney of CM Sweeps in Bognor Regis. It takes all sorts. 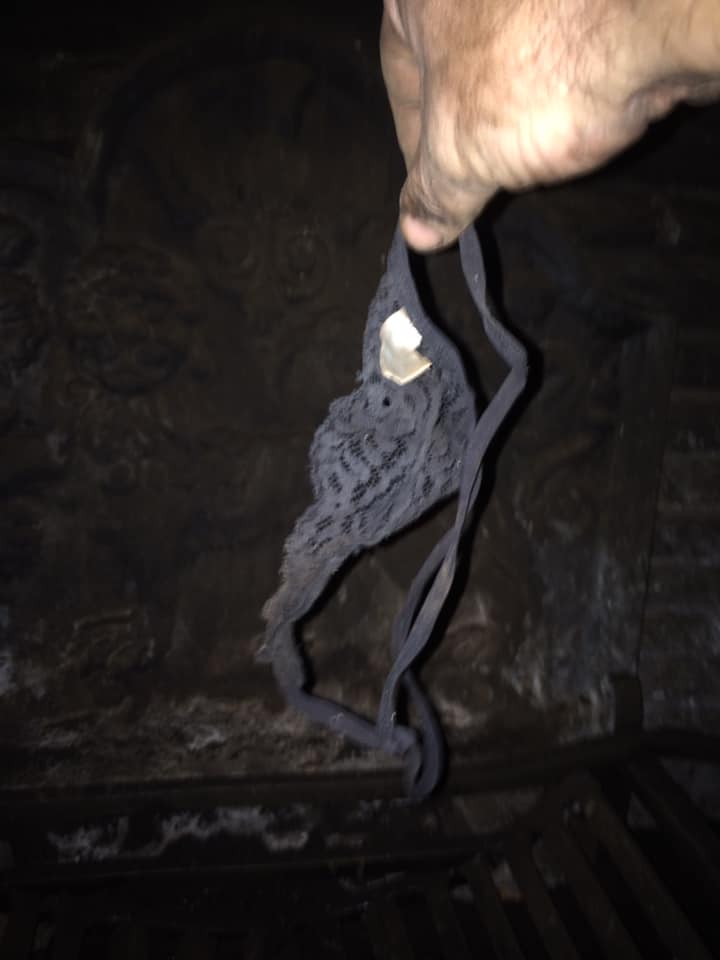 One of many of our personal collection of tools dropped down and forgotten about. 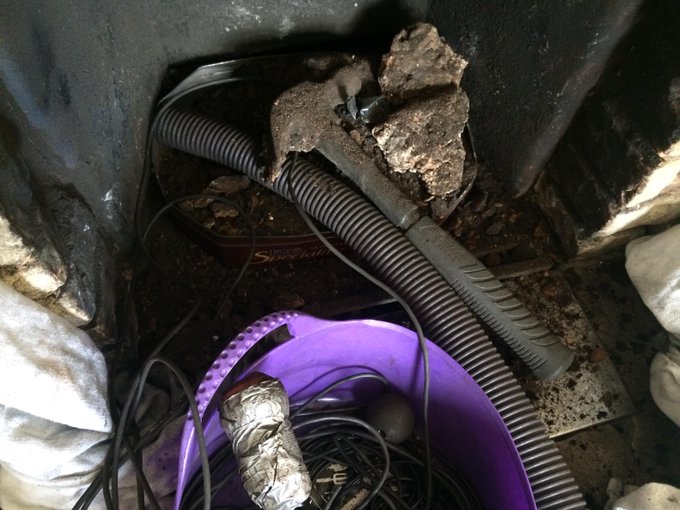 The birds part one, graveyard

Its not unusual to find birds in chimneys. Ask your chimney sweep who probably has a dozen or more stories to tell you about rescues of feathered friends and grisly discoveries, Trevor Howard of Howard the Sweep (see what he did there) found what might be a record, 43 yes forty three bird skulls removed in one sweep of a chimney. A-M-A-Z-I-N-G! 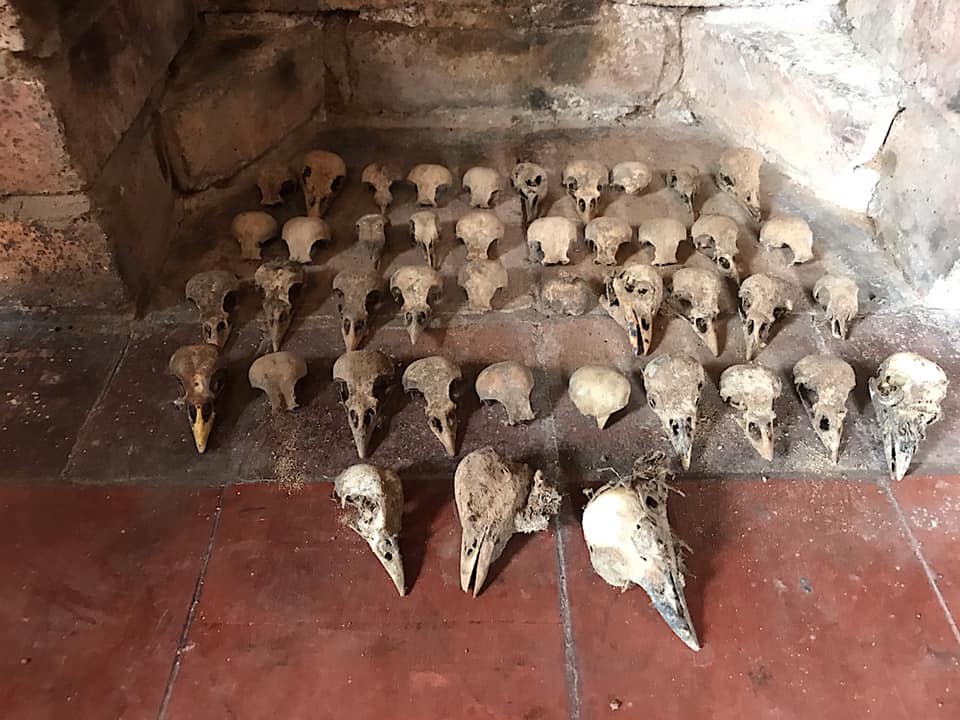 No we are not sure either but this was found by Vahva Korstnapühkija in Estonia. Answers on a postcard please. 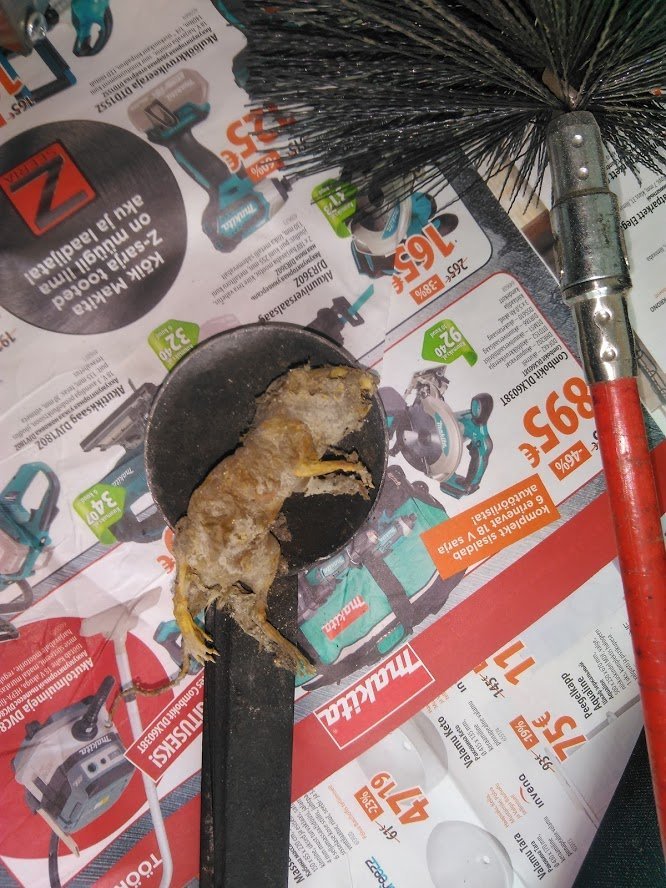 Neil Murray ov Northumbria Chimney Specialists discovered an enterprising persons method of blocking off their chimney was a plastic plant pot, definitely not a chimney pot. 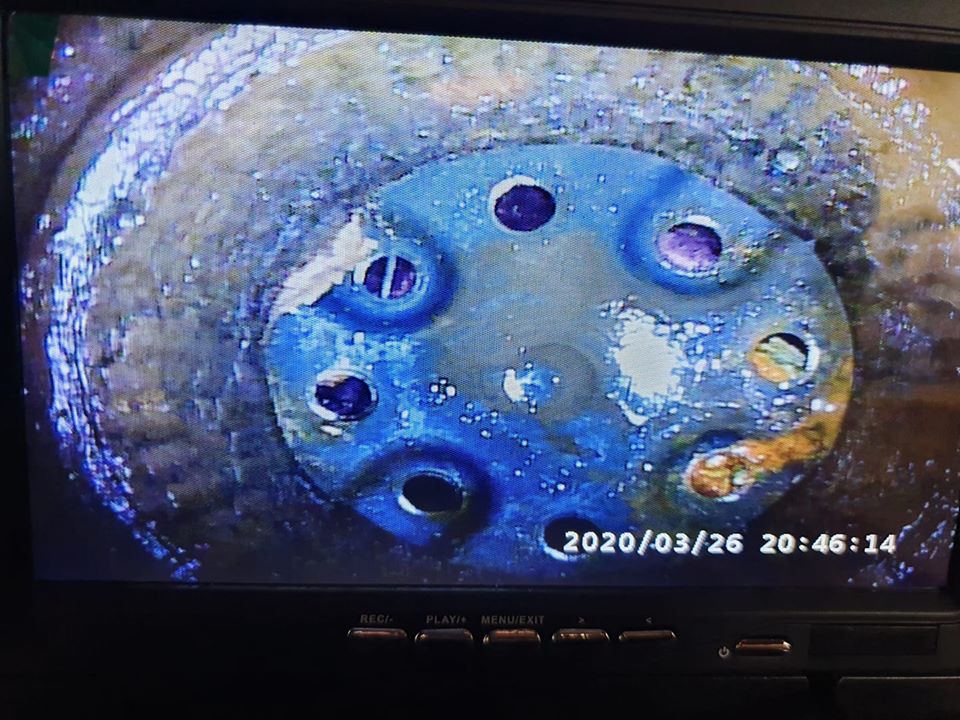 Jonathan was called out after funny noises were heard in a fireplace with a jetmaster type fire installed in it in Exeter. Investigations with CCTV eventually revealed a Crow had got it self stuck in a void behind the appliance which was carefully removed and the bird rescued and successfully released. 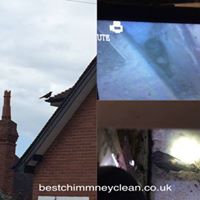 Not sure this is what Katy Perry had in mind however its what we swept down one day in Exeter very risky not recommended behaviour. 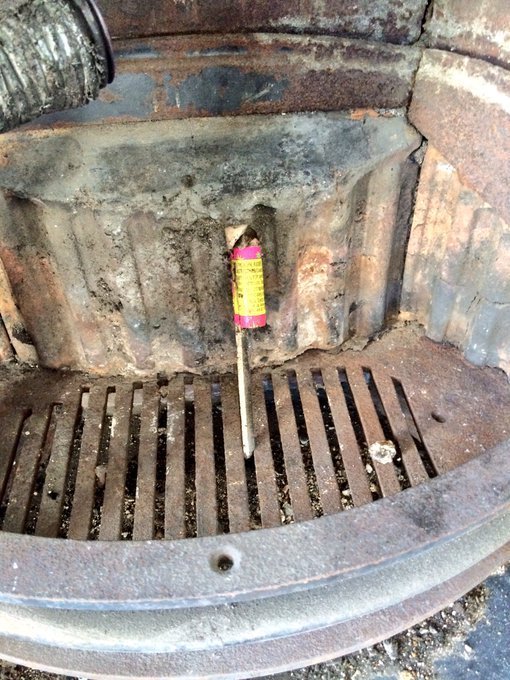 Dryer Vent Hose? A what now?

This was a weird one in a big house in Exwick that had been split into flats and was being entirely renovated. A tumble dryer vent hose had been passed through the chimney through the outside wall, a very unexpected discovery – we had to break in upstairs in the end to get it all out and repair the hole that had been made. Thankfully this wasn’t and is not now a ‘live’ chimney. 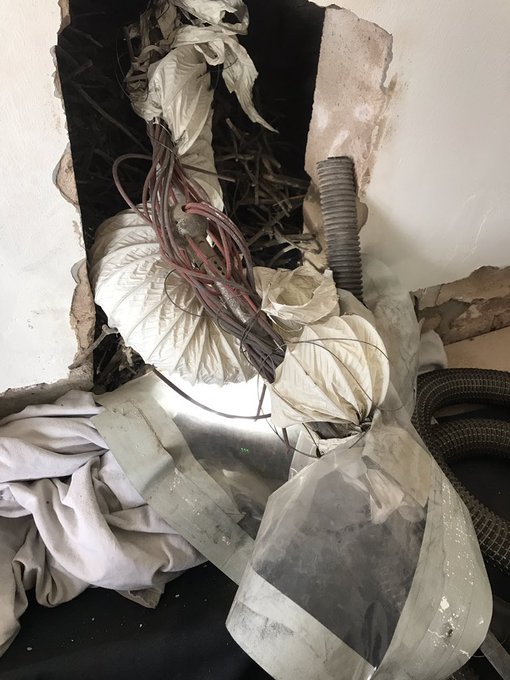 Well in a sense anyway, this was found on an inspection at the end of an expensive renovation in Exmouth. Our CCTV kit was put to good use as we also found a number of serious breaches further up, the point is call your sweep at the start not the end of the project and make sure your builders don’t do things they should not…. 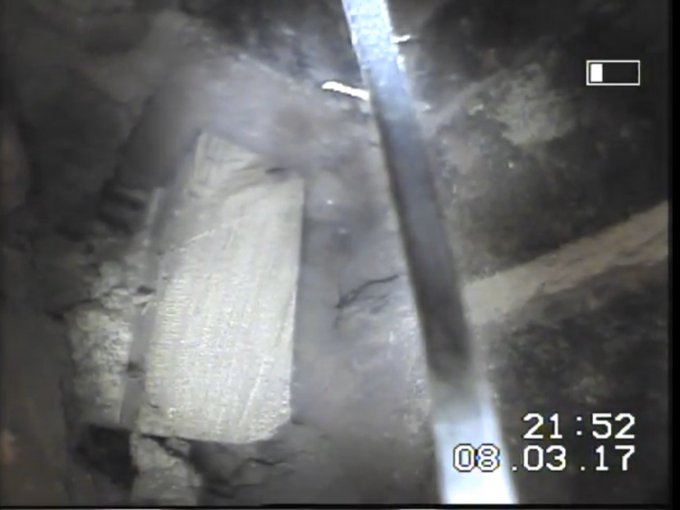 No really please don’t – on the subject of naughty builders this is a plastic waste pipe in a, up to our visit, live chimney, its not straight because its melted with the heat, this might seem funny but it’s a really serious fire risk. 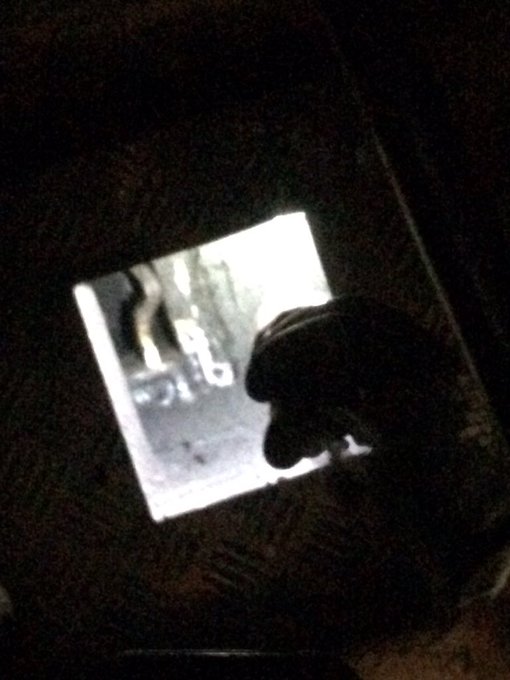 No you are not hallucinating. Removed this but did not eat it. 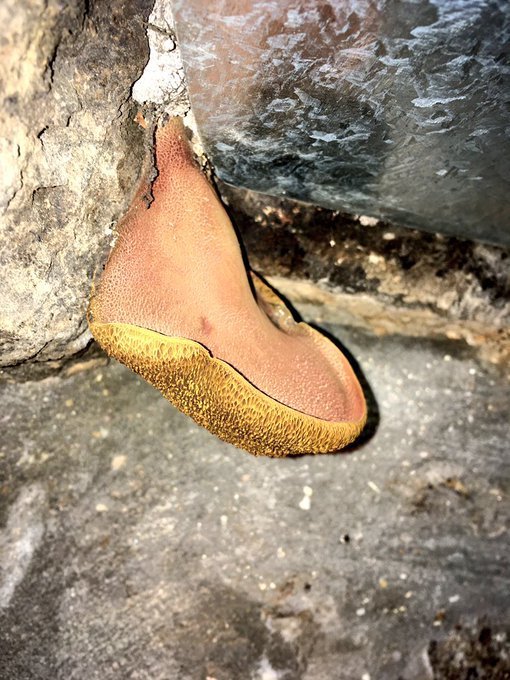 Have you got a wooly rod?

Jackdaws are very resourceful especially the ones in Thorveton, they will use whatever they can find to line their nests. Now if you were a county Jackdaw and has access to woolly sheeps what would you do? Absolute bugger to get off the rods though. 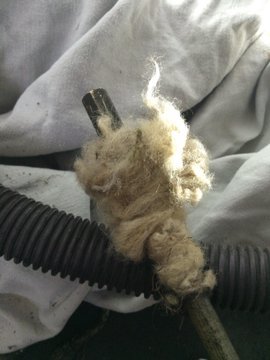 Actually we don’t know we didn’t try, this is however, an ex seagull. It must have been stuck up there for some time as it was mummified. 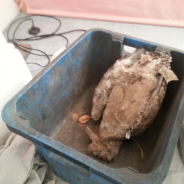 Thanks for reading. This is just a selection of the strange objects in chimneys available, keep checking back or send your strange chimney finds to hello@bestchimneyclean.co.uk

Delighted to have featured on Devon Live 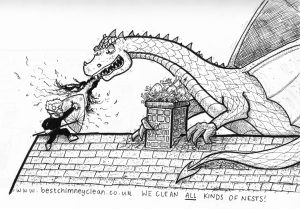 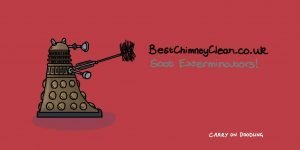